Discouragement and Ms. Know It All Know Nothing  - 1

My Molly - sold as a well trained 8 yr old - well, we've had our go-arounds to say the least.

At this point I now have 198 hours on her - that is a HUGE amount for a horse but apparently not for Ms. Molly.  Rode her yesterday, alone, which has been done many, many times.  Well, it was probably the worst ride I have ever had - and believe me, I have had some pretty awful ones.

She just was NOT going to go away from the barn.  It took 1/2 hour to get her across the road and just onto the trail.  Then we were somewhat ok - until she decided, nope, she's done and is not going any farther away from the barn.  Period.  End of statement.  That's it.

Well, I spent 1.5 hours, freezing, to convince her - did all and everything I knew to get her moving.  Well, it just wasn't going to happen, she is not going unless it is where she wants to - on and on and on we went - and it did get pretty scary.  I never lost my patience - a good and quite miraculous thing actually - but I was exhausted, disheartened and unbelievably discouraged.

When we did get home -  equines are so used to humans giving up - and I do not give up - but I "kinda did" yesterday and we simply reached a stalemate or compromise or whatever.  Neither of us won though we both finally did make it home in one piece.

It was a horrendous, discouraging ride.  I mean, 198 hours where we are great, and this happens?  Are you kidding?

The rest of the story in the next blog. 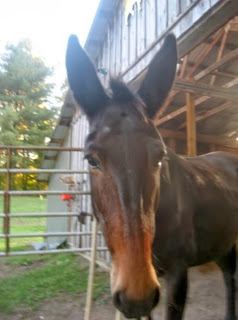 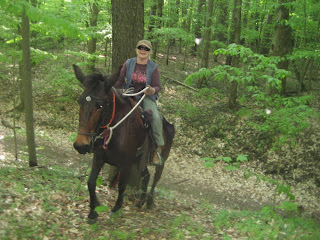 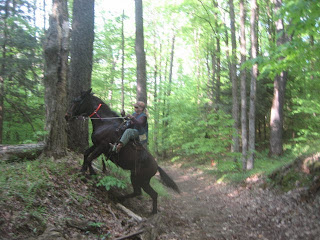